When first initially setting up our company we looked at the increasingly growing demand of condominiums as apposed to housing, and here we give you an open discussion on Condo v House. First let’s acknowledge that everyone approaches the Thailand property market from their own unique position. What seems sensible, affordable and desirable to one, will be the opposite in the eyes of another. 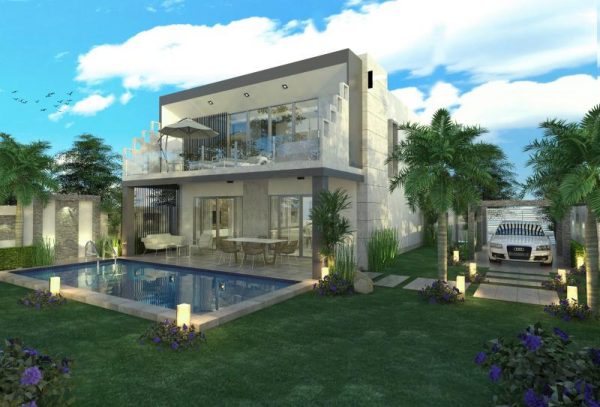 The buyer – If a farang, usually a man, looking to stay long-term. More often than not he will have a Thai partner.

The renter – He’s not sure if he will/can stay long-term. May have a Thai partner and might feel that renting helps him to keep options open.

The investor – It’s possible the investor has little or no direct link with Thailand or Thai people. He is looking for a better return on his money than banks can offer. His interest in the amenities of condo or house may extend only to how desirable they make the property to a potential renter.The holiday homer. The holiday homer may have several overlaps with the investor in that he may look for others to occupy his property when he is not in Thailand. But, unlike the investor, he will be more interested in amenities as he will enjoy them for part of the year.

Of course, there are probably several more categories of person interested in Thai property.Indeed, the buyer can also double up as the investor. Although he is not looking for a rental return on his property, he is looking for it to appreciate in value and therefore the sell-on potential is of interest when making a purchase.

Condo  no garden of your own. For some this is a plus as no grass to cut or flowers to tend. For others who like sitting in their own garden this is a minus. 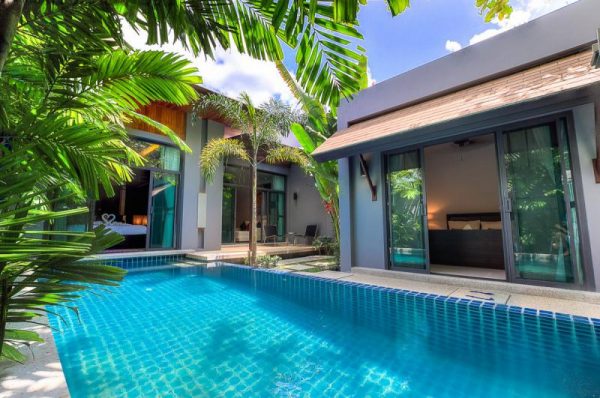 The more of a house could also cover such considerations as more problems with water supply, more concerns over security, phone links and so on.

In no particular order, let’s look at some of the pros and cons

Views: Very important to some. Affects all four of the interested types on the list given earlier  from buyer through to holiday homer. The higher you go up a condo block; the better the view (and the bigger the price); with houses you really need to be on a hill or mound to enjoy a view, unless of course, the house is actually on a beach or close to a golf course, vineyard or similar. If a house has a sought-after view the price is likely to be higher because the land it stands on will be more expensive.

Pets: Only really affects the buyer  not the renter, investor or holiday homer. I can’t speak for every condo block, but some ban pets  of the dogs and cats variety!

Outside areas: Have already said something about gardens. Many condos offer balconies that maybe big enough to take a table and chairs. Those who enjoy sipping a gin and tonic while watching the sun go down will have their own take on whether this is best viewed from a condo balcony or house garden.

Other outside areas include swimming pools. I don’t know of a condo block worth its salt that doesn’t have a pool for residents use and just about every new housing village development I am aware of has a communal pool. In addition, many houses also offer a private pool in the garden. Condo pools are usually a lot larger than those in housing villages.

Neighbours: In a condo you can reduce the number of close neighbours you have by occupying one of the extremes at the end of the block or on the top or bottom floors. But, by and large, you are likely to be bounded on all sides except for the wall that faces the outside world. With a house your neighbours are only around you, not above and below. That said, many houses here are built very close to each other, reducing the benefits of being detached. Proximity of neighbours in condos in Bangkok becomes more of a consideration as the block you are in increases in age.

Common areas: In a well-run condo block (more on this in a future issue) the grass will be cut, borders trimmed and shared areas will be properly cleaned and maintained. You can just pay your annual maintenance fee and forget it, provided the management of the block is sound. 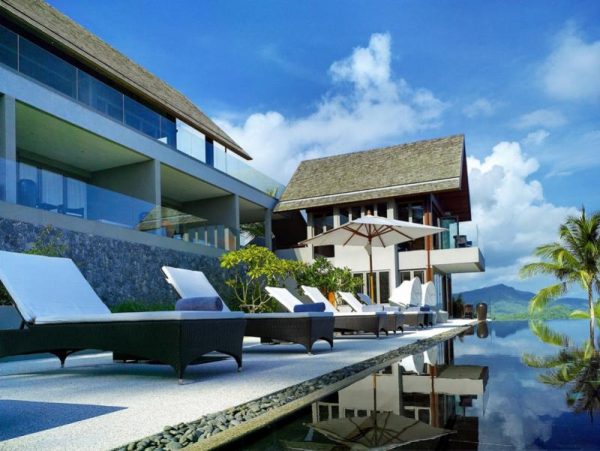 In a housing village much depends on the quality of provisions left in place by the developers for its on-going upkeep. A few years back a friend had a nice house in a tidy village. The security man lived in the gatehouse which housed the communal pool. His wife ran a small restaurant next to it. All would have been fine, had not the management of the village been left in the care of a co-operative of its residents. After a few years some of the residents grew to resent what they saw as large sums being paid to the security man and attempted to impose a pay cut. The man, not unnaturally, said no and left. Result? Security suffered, the communal pool was not properly tended and those who wished to save a few baht ended up with much egg on face.

House developers have probably addressed this question of on-going maintenance. But I think it’s worth asking what happens to the common areas once the village is sold out and you move on? If the developer’s answer is that the villagers will be left to manage them, it would ring a small alarm bell. 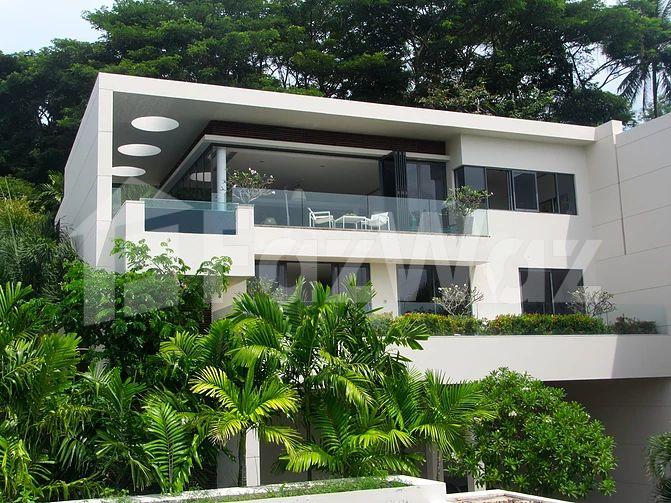 Security: Living in a house unless having an electric fence and security intercom, cameras, alarm, and guard dog, the uncertainty in going home to your house at night will always be unsure if whether or not someone has broken in.

With a condo Of course someone manning the entrance gate is a little more secure along with some occasional questioning on arrival to unknown guests. Security guards in Thailand also have to write down the number plates of taxis upon arrival, this can be helpful in many situations, not to mention the fact that in most condos in Pattaya or Phuket you will have a security card along with cameras. Fire hoses are also available on each floor not to mention emergency exit charts in case there is a fire.

Although I put question marks against condo security, I still think it has the edge over house security, which may be especially important to the holiday homer if his property is unoccupied for long periods. With houses you can put in alarms, of course. You can even put in an alarm linked to an external security firm and then much depends on their response times. But with a condo the points of possible access to your property are reduced by the physical layout. In a condo if you install a double door on the corridor entrance and put in steel pieces to protect the locks from someone with a crowbar that only leaves your windows and balconies as possible points of entry. It’s not Fort Knox, but I would be consoled that there are easier targets.

It could be contended that most of the above would play a part in a condo V house debate wherever you find yourself in the world. But, of course, there are other considerations, special to Thailand, and what are more likely the benefits of owning a condo in Phuket or Pattaya. 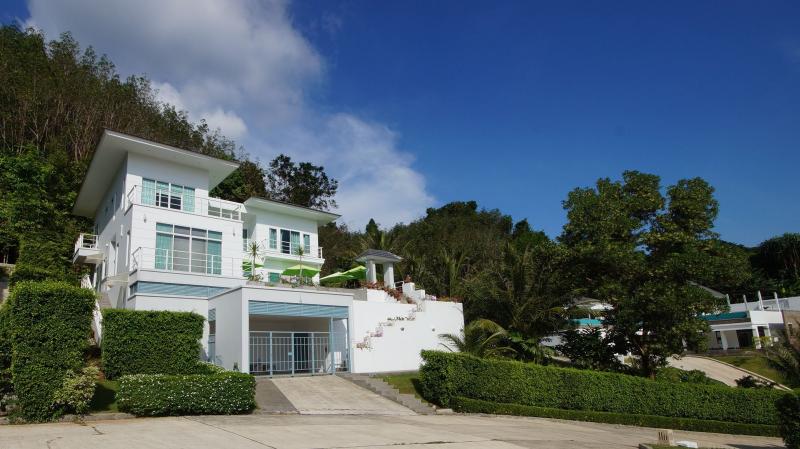 The big question in the condo vs. homes debate for the centres on ownership. As you are possibly aware, it is not possible for a farang to own land in Thailand. You will read everywhere of ways of addressing this to your satisfaction but the bottom line is, a foreigner cannot own land.

This is where condos can score. You will see many offering in your own name ownership. This is perfectly possible provided no more than 49% of the condos in the block are owned by foreigners which are known to be along with 51% thai. I guess the Thai law thinking is that, even if all the foreigners banded together, they could not claim to own the land the condo is built on. Take care though, remember the majority of condos cannot be available for own name ownership.

This ownership issue is an important one for buyers, investors and holiday homers, though renters probably don’t much care who owns the space they are renting.

One simple way around this ownership issue is to put the property in the name of your Thai partner. But I really don’t recommend this route. If I had a thousand baht for every time I’ve heard a horror story on this subject of men losing large sums I could make a big dent in the price of a house or condo here. I won’t attempt to repeat them. Suffice it to say that I think it best that you don’t put temptation in your partner’s path. Ask yourself the simple question: Would my partner be financially better off with me out of the picture? If the answer is yes, you might be in trouble. 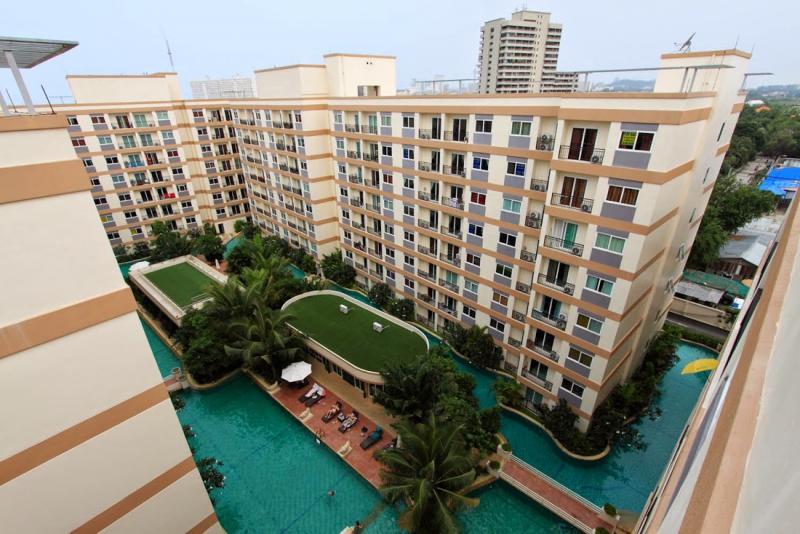 Given everyone has different needs it is difficult to draw firm conclusions about which wins the debate condos or houses. The prefence and suggestion from our experts would be to own a condominium. Having own a condominium there are more points to add as a owner or investor.I would also ask yourself this question; which type of dwelling is easier to rent out and which offers me the best chance of retrieving my initial investment quickly.