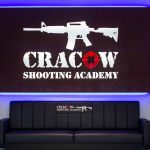 The shooting range is a perfect place for meetings, birthday parties, organisation of an unforgettable bachelor party, employee integration and unusual dates. In addition, at the shooting range, we can learn about different types of weapons and the best shooting techniques. Do you want to have a good time, feel an adrenaline rush, or maybe you want to learn under the supervision of specialists? END_OF_DOCUMENT_TOKEN_TO_BE_REPLACED 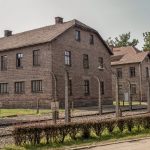 Going on the Auschwitz-Birkenau Tour definitely isn’t for everyone. If a morose, depressing aura isn’t something up to your liking, you might be better off skipping such a tour. On the other hand, Auschwitz-Birkenau is a very important historical monument – the symbol of Holocaust and the unspeakable evil done upon humans by humans. END_OF_DOCUMENT_TOKEN_TO_BE_REPLACED 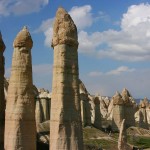 For the past several years many Americans have put their next European vacation on hold. With the US dollar in the tank and the cost of flights skyrocketing, a trip to Europe has felt like an extravagant and unnecessary luxury for much of the last decade. Gone are the late 1990s when the dollar reigned supreme, airline tickets were only a few hundred dollars, Eastern Europe hadn’t yet adopted the Euro, and half liters of beer could be had in the heart of Prague for less than a quarter. However, in the last year the dollar has made some modest gains against the Euro, and a slew of cheap airfare options have entered the market. All inclusive family vacations and travel destinations such as Paris, London, Vienna, Berlin and Barcelona remain difficult on a modest budget; but there are plenty of cheap travel destinations in Europe where one doesn’t have to live the life of a miser. END_OF_DOCUMENT_TOKEN_TO_BE_REPLACED