Of late the Turks and Caicos have begun to enter the public consciousness as a vacation destination. For many years these islands were the Caribbean’s best kept secret, and as a result they were almost entirely the exclusive haunt of millionaires and celebrities. However, Turks and Caicos resorts are now coming on the radar of the average vacationer so let’s see what they have to offer.

The Turks and Caicos Islands are two separate groups of small islands in the Atlantic Ocean, on the edge of the Caribbean Sea. Together they form an Overseas Territory of the United Kingdom. Grand Turk is the location of the capital, Cockburn Town, and is one of only two of the Turks Islands to be permanently inhabited, the other being Salt Cay. The nearby Caicos Islands include Providenciales, the largest and most populous island of the Turks and Caicos group as a whole. 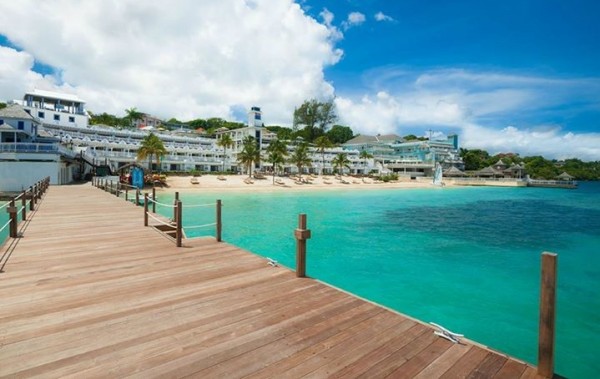 In common with other islands nearby in the Caribbean, the Turks and Caicos enjoy a warm climate and are endowed with beautiful, unspoiled sandy beaches. The waters thereabouts are warm and very clear, and they therefore find great favor among enthusiasts of snorkelling, diving and other water-based leisure activities.

As previously mentioned, the Caribbean travel bandwagon was slow to reach the Turks and Caicos, although the fact that they were ‘under the radar’ led to the islands attracting the interest of millionaires, movie and rock stars, as well as other celebrities. The Hollywood star Bruce Willis went so far as to build himself a luxury home on the beach there, as did Rolling Stones guitarist Keith Richards. Other celebrities putting the Turks and Caicos on the map include the actor Ben Affleck, who married his actress wife Jennifer Garner at the exclusive Parrot Cay resort in 2005, and the model Eva Longoria who spent her honeymoon in the Turks and Caicos in 2007.

In the last few years the tourist infrastructure in the Turks and Caicos has been growing. Compared to ten years ago, when there was still not much in the way of facilities for the typical vacationer, there is a vastly improved choice of accommodations and all inclusive family vacation deals. Travelers can choose to book a stay at a traditional style hotel, or a luxury purpose-built resort, depending on their taste and available budget.

An example of a top of the range modern resort in these islands is Parrot Cay, which is effectively a completely private island resort. Parrot Cay is around 1000 acres in total area and boasts unspoiled beaches as well as a unique spa. Guest accommodation is in luxury beachfront villa houses, each villa benefiting from over an acre of attached private land. In addition to renting villas out for the duration of a vacation, Parrot Cay offers them for sale, at $10 million a pop.

Of course, for the more budget-conscious tourist, there are plenty of cheaper accommodations to be found. In fact there is many an attractive deal to be unearthed if buyers are prepared to choose carefully from the many Turks and Caicos resorts available.