Serbia, officially known as the Republic of Serbia, is one of the six republics that were part of the erstwhile Socialist Federal Republic of Yugoslavia. This country is surrounded on its north by Hungary, on its south by the Republic of Macedonia, on its east by Bulgaria and Romania, and on its west by Montenegro, Croatia, Herzegovina, and Bosnia. Belgrade, the capital of Serbia is among the most populated cities of southeastern Europe. This country is open for tourism throughout the year, and tourists from all over the world, including Japan, visit it, largely because of its pleasant climate. In fact, Serbia is becoming a popular destination for tourists from Japan as well although you do not see many Japanese people who have actually moved there. 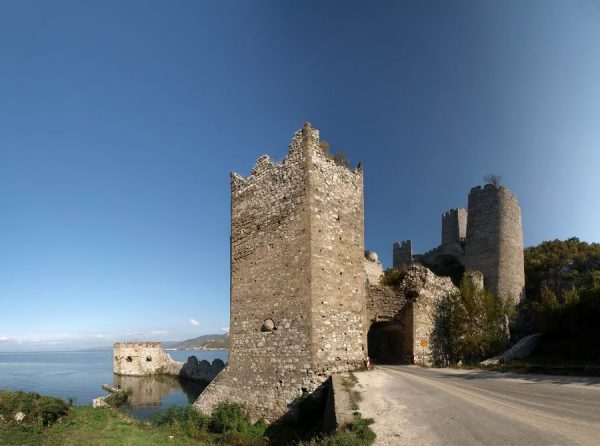 It is also famous for its pleasant climate and the warmth of its inhabitants. The best time to visit Serbia is during the summer season. Though the senior citizens are conversant with German or French, the majority of the young generation Serbs, can speak English fluently. You can also communicate with them in the Serbian language, which is similar to Bosnian and Croatian.

Tourists should convert their currency to the RSD (Serbian Dinar), which is the official currency of Serbia. They can do it either at the airport, at any bank in the city, or through any authorized currency exchange offices. The prices of most commodities are higher in the capital when compared to those in other parts of the country. The exchange rate is 83 Serbian Dinars per Dollar or 104 Serbian Dinars per Euro.

Old Belgrade from the river Sava

This country is popular among the British, Germans, Italian, and French who visit it during the summer season… Slovenians visit it during the new Year Holidays. Not surprising when one considers that the BBC has featured Kapaonik as one of the best European ski destinations. Serbia is well connected with the rest of the world with major airlines touching down and taking off from the BEG (Belgrade Nikola Tesla) Airport. In fact you can fly from Japan to Serbia with only one transit. If you are travelling from Japan, you can fly with such airlines as Alitalia or Lufhanza.

Licensed taxi services are available at the airport and a journey to the center of the city takes approximately 20 minutes and costs RSD 800. Apart from BEG, one can also travel to and from the country through Niš, the second largest airport of Serbia. Tourist can also visit Serbia by train, car, bike, bus, and boat. 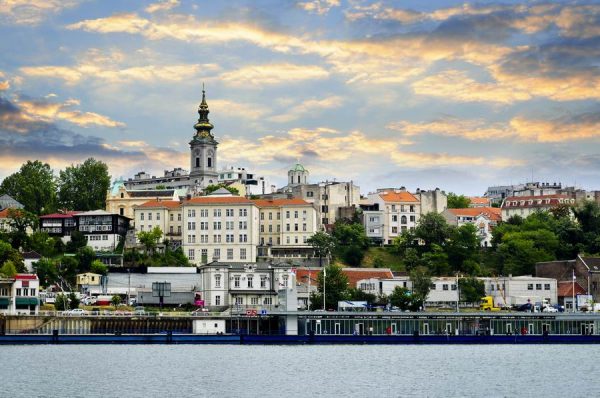 Visitors should check out the Kalemegdan fortress. Apart from this, Serbia also boasts of a number of ports and towers. This city is famous for its long biking/walking paths too, which run alongside the Danube and Sava rivers. One should also check out the medieval orthodox monasteries like Žiča, Studenica, Ravanica, Manasija, and Mileseva. The last mentioned monastery is famous amongst art lovers for Beli Andeo, a fresco masterpiece.

Serbia is famous for its food and drinks. They should check out Downtown Café, Bibis Café-boat, Movie bar… and many more. While in Belgrade, do not miss out the Skadarlija on Bohemian Street… famous for its whole night parties. Plan your trip to coincide with the EXIT Festival that is the biggest music festival of southeast Europe. The Belgrade Beer Festival that takes place every August is also very popular amongst the tourists. If you are moving from Japan to southeastern Europe you should definitely consider Serbia. There are a good number of shopping malls where one can also avail of imported western food. At the end of the day, go to any local eatery and request for a pljeskavica and round it off with a shot of local brandy like Rajika. Vegetarians should try out the prebranac.